Volcanic lakes are “windows” into magmatic-hydrothermal systems that become study objects for multi-disciplinary research approaches, and the lymph of our small but active Commission. After CVL9-Cameroon in March 2016, the IAVCEI Commission of Volcanic Lakes (CVL) reunited for CVL10 in Taupo, New Zealand, from 17 to 25 March 2019.
The meeting aimed at bringing together volcano scientists from a wide range of sub-disciplines, including physical volcanology, hydrology, limnology, biochemistry, geochemistry and geophysics, all with a view toward establishing broad communication amongst the disciplines and development of holistic models of volcanic lake environments. The goals of the workshop are to provide ample opportunity for exchange of ideas around data collection and monitoring methodologies in volcanic lake environments, hazard recognition and mitigation, and copious discussion of conceptual models for so-called “wet volcanic systems”. 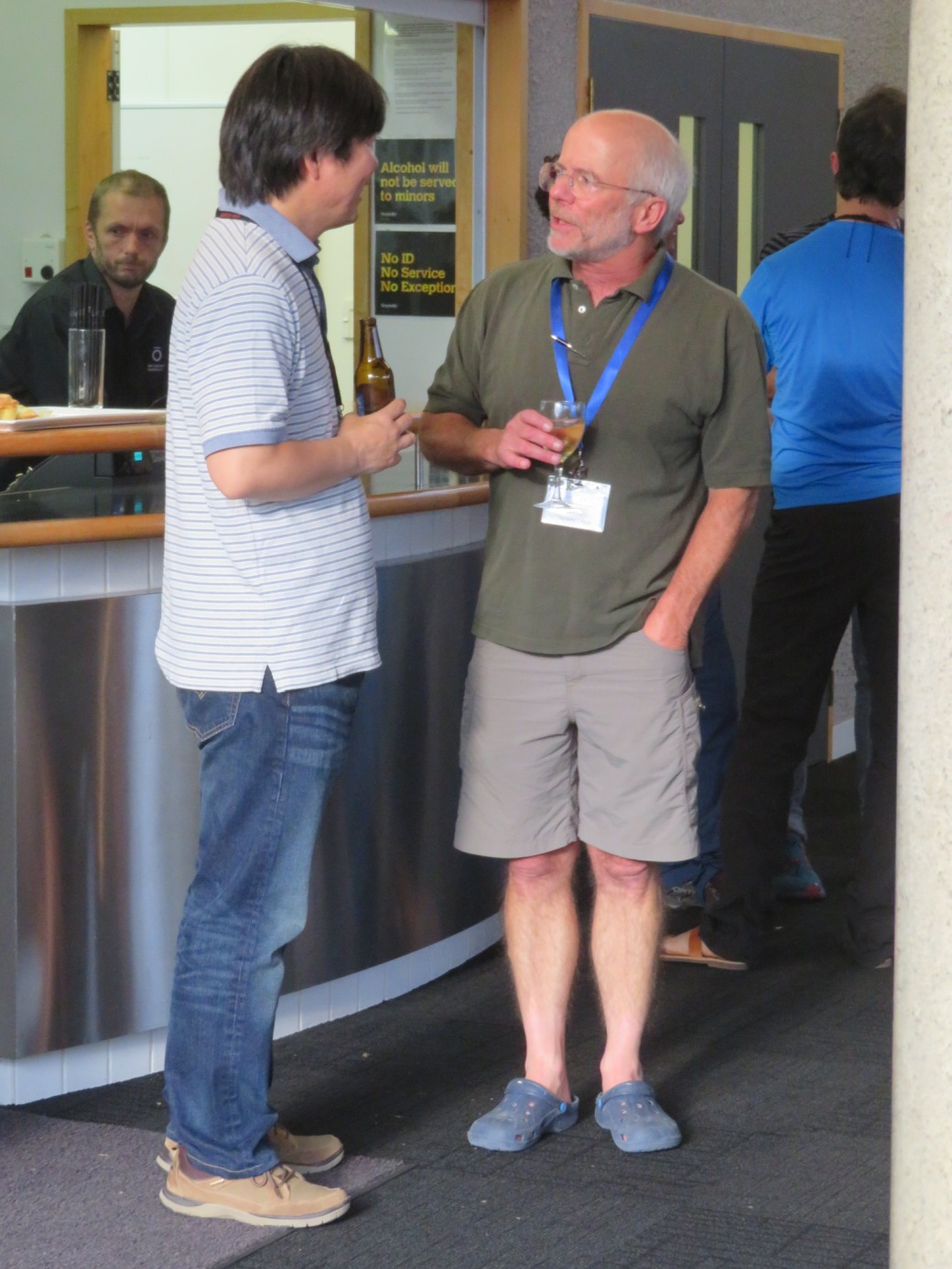 During the first three days (18-20 March 2019), seven different symposia were organised at the Great Lake Venue in Taupo, tackling the various topics of what volcanic lake research stands for: (1) Tracking lake water chemistry-The future of direct sampling of volcanic lakes (convened by María Martínez-Cruz Céline Mandon and Takeshi Ohba, 11 talks), (2) Gas emissions from acidic crater lakes (convened by Cindy Werner and Orlando Vaselli, 3 talks + 2 posters), (3) Hydrothermal systems surrounding volcanic lakes-surveys and models (convened by Joop Varekamp and Jennifer Lewicki, 6 talks), (4) Phreatic eruptions form Wet Volcanoes (convened by Bruce Christenson and Akihiko Terada, 5 talks), (5) The impact of volcanic lakes on society-from mythology to risk mitigation (convened by Hollei Gabrielsen and Dmitri Rouwet, 3 talks), (6) Limnology of Lake Nyos and its nephews-searching for strata (convened by Minoru Kusakabe and Bill Evans, 5 talks + 2 posters), and (7) Carbon dioxide degassing at volcanic lakes-theory and practice (convened by Artur Ionescu and Agnes Mazot, 4 talks). In the afternoon of day 2, the Phreatic Eruption symposium was followed by a round table session entitled “The role of crater lakes in forecasting phreatic eruptions”, panelled by Nico Fournier, Art Jolly, Bruce Christenson, Akihito Terada, Jennifer Lewicki, Takeshi Ohba, and Dmitri Rouwet. Notes were taken by Craig Miller. A major observation, also in the aftermath of the Ontake-2014 and Ruapehu-2007 phreatic eruptions, was: Is there such a thing as “blue sky eruption?”  Or, are we not just detecting it? Answering this question remains a challenge for future research. 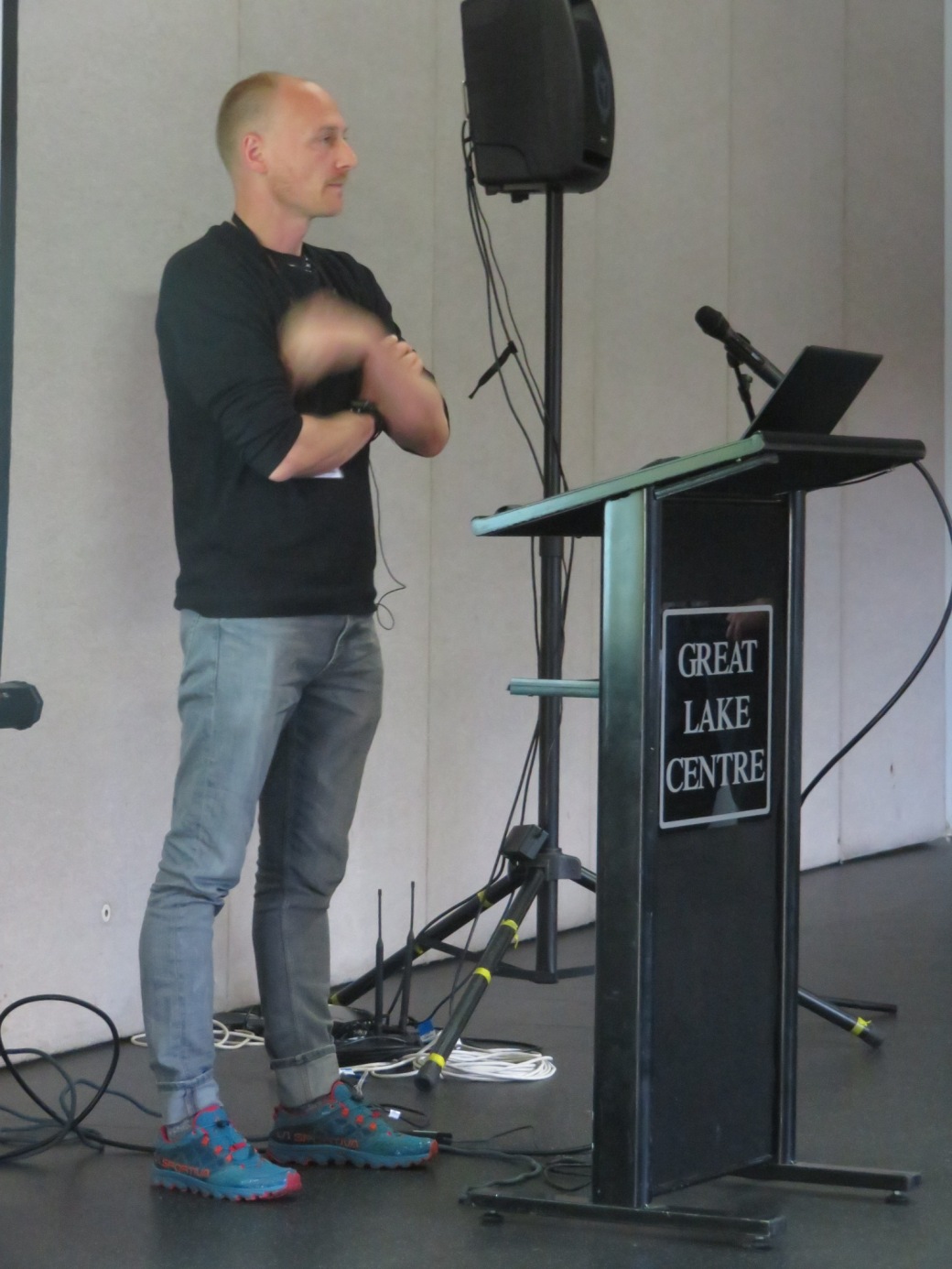 This refreshed SC represents all continents, all ages and levels of experiences, besides all research fields of volcanic lake studies. Shortly after CVL10, the SC decided to organise the CVL11 Workshop in early 2022 at Lake Taal in the Philippines. CVL is delighted to bring the research group together at this enigmatic and potentially dangerous lake hosting volcano. The organisation of CVL11-2022-Philippines is in hands of Corentin Caudron, Alain Bernard and Phivolcs. The workshop will soon be promoted through IAVCEI newsletter, CVL mailing lists and on the CVL website https://iavcei-cvl.org/ and social media (https://www.facebook.com/Commission-on-Volcanic-Lakes-204310646248839/). See you all at the shore of Lake Taal in early 2022! 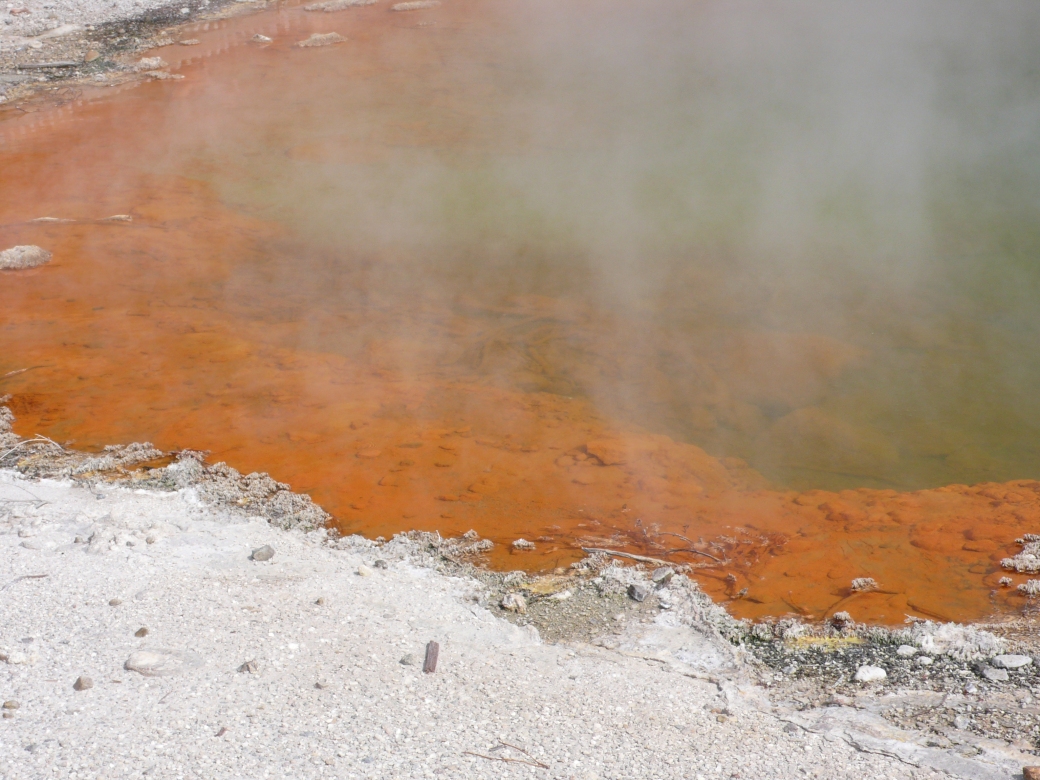 Group picture at the Tama Lakes (pic by Karen Britten). 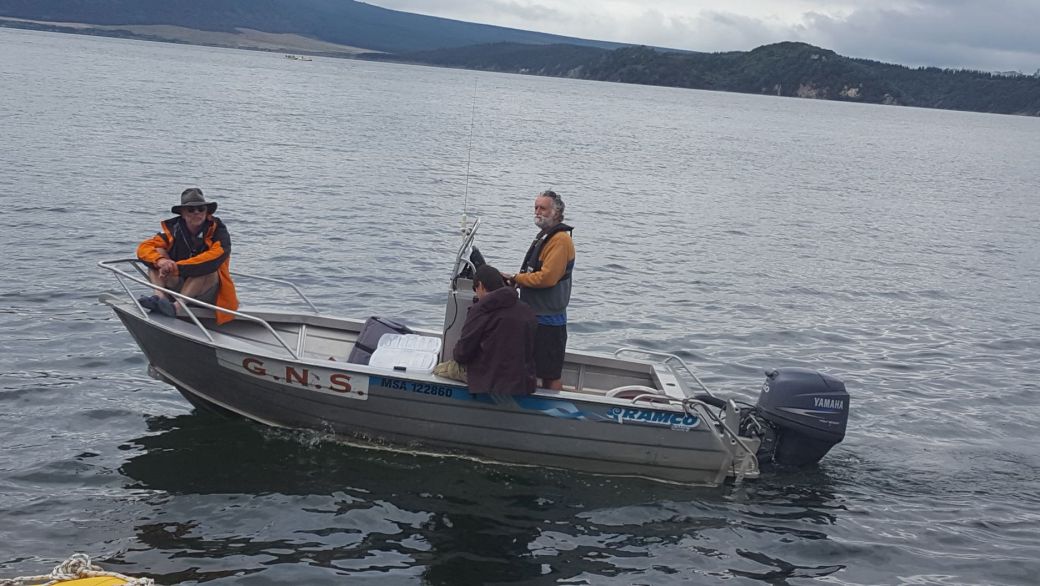 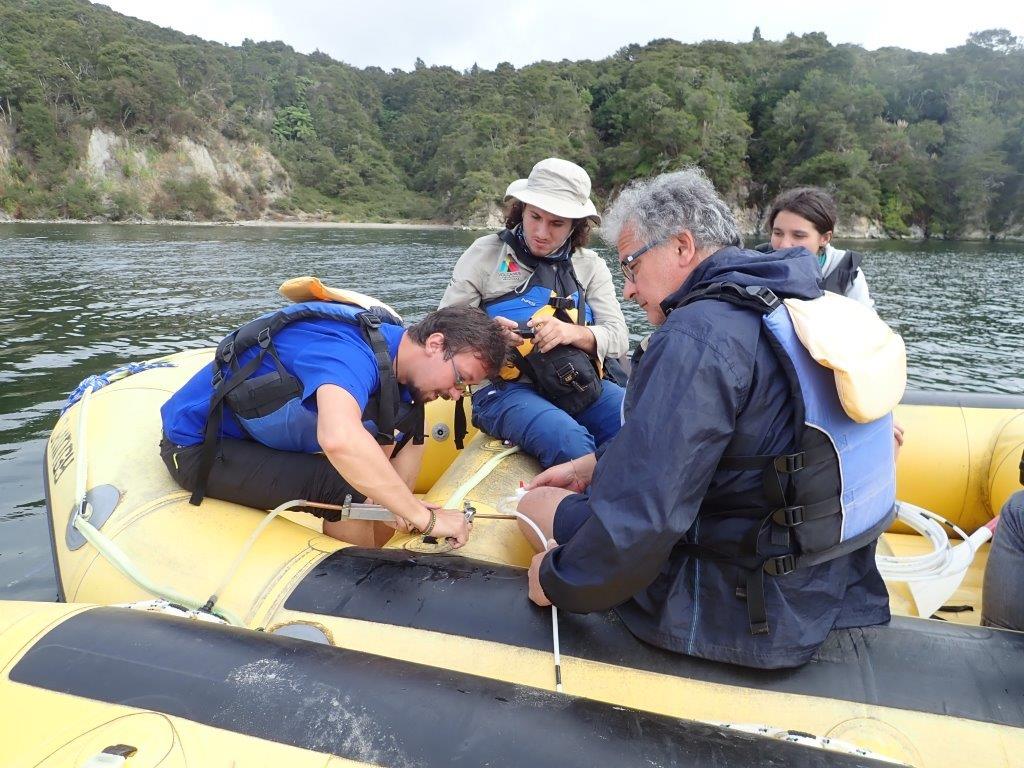 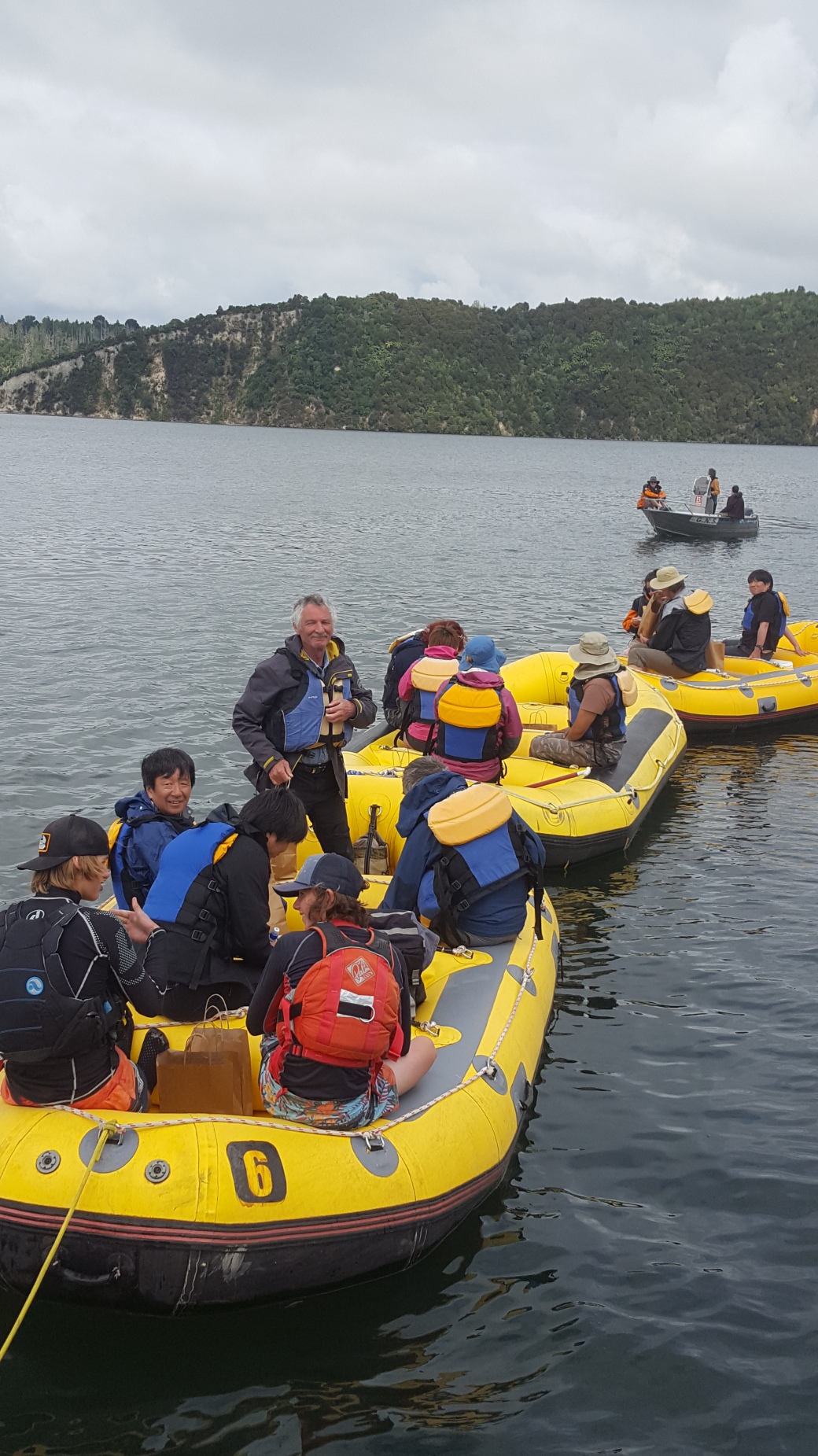 In the evening of March 20, the next Winner of the 2019-Kusakabe Award was announced during the Conference Dinner-Barbeque at the at Debrett’s Thermal Spa. The three nominated “heavy-weights” of our research during the past three decades, elected by the 2016-2019 CVL Steering Committee and an external evaluation commission, were: Bruce Christenson, Alain Bernard and Joop Varekamp (Wesleyan University, CT-USA). Joop Varekamp resulted the Winner of the 2019-Kusakabe Award. Congratulations Joop! Well deserved… thank you for your decades-long commitment, innovating and eclectic research and guidance. 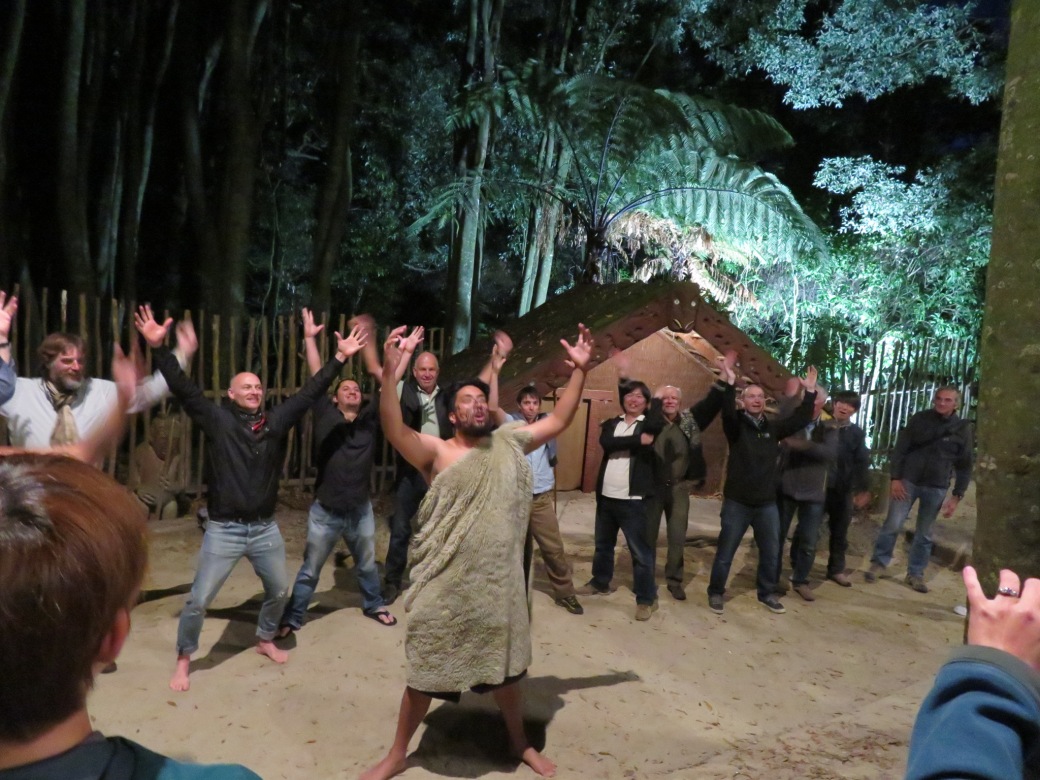 After the scientific sessions and official Business Meeting CVL10 continued with field trips at the Tama Lakes (between Mt. Ruapehu and Mt. Ngauruhoe), Huka Falls, Wairakei Geothermal field, Wai-o-Tapu Geothermal Park, and joint sampling and measurement campaigns at Waimangu Volcanic Valley with a special focus on Lake Rotomahana (out of Rotorua). A climb to the Ruapehu Crater Lake with the entire group could, unfortunately, not take place due to adverse weather conditions. Needless to say that the magmatic-hydrothermal features in these field trips were breathtaking as well as very didactical. The group split on 25 March; some members decided to visit White Island/Whakaari independently. 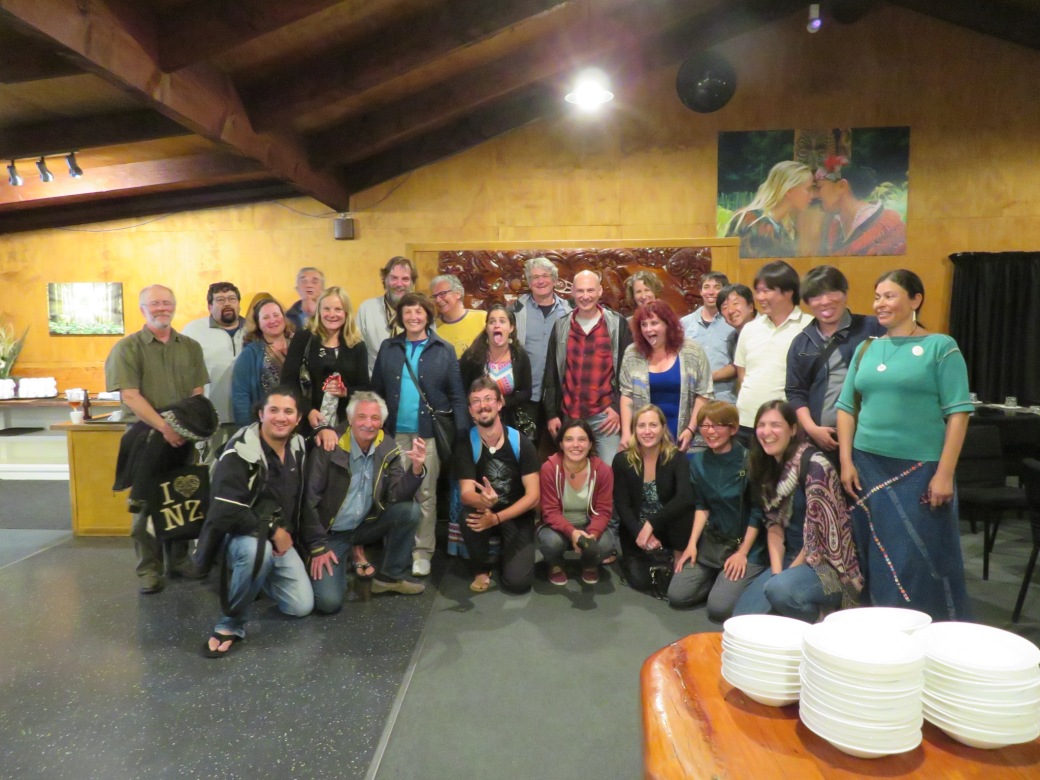 Group picture during the Maori dinner in Rotorua (pic by Yuri Taran).

See you in the Philippines in early 2022!